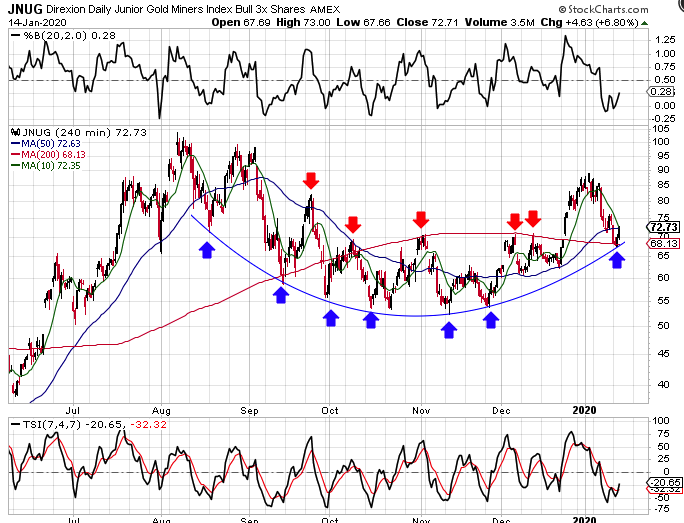 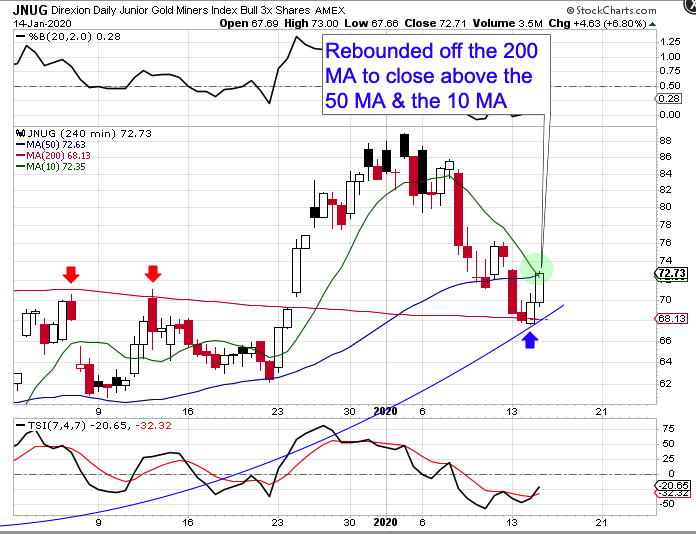 On closer inspection we can see that JNUG found support at the 200 MA. It formed a swing low and closed above both the 50 MA and the declining 10 MA. A long entry can be made with the stop place at the 200 MA which is 68.13.

This reflects what the Miners did on Tuesday. The Miners are late in their timing band for a daily cycle low and may have printed the DCL on Tuesday, which I plan to cover on Wednesday’s Mid-Week Update.