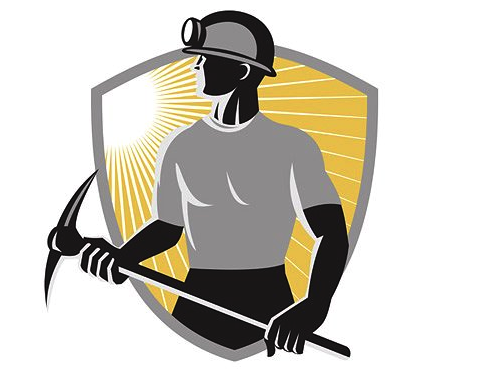 Since the daily cycle count is not clear we will look at the weekly chart. 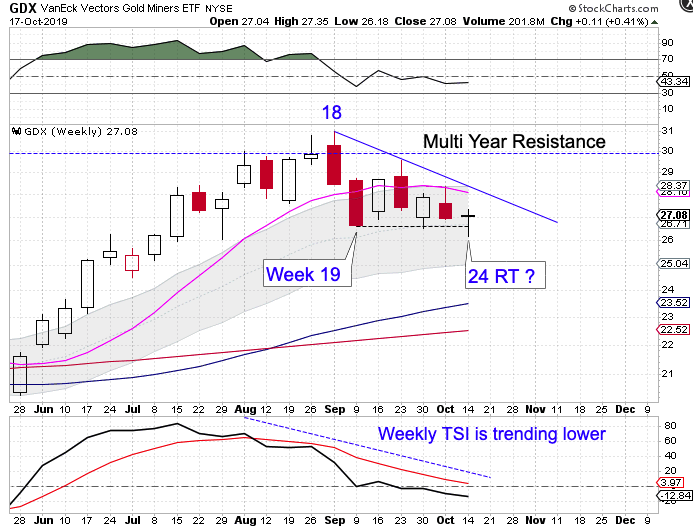 The weekly chart clearly shows us that the Miners peaked on week 18 then formed a weekly swing high on week 19. The Miners went on to print their lowest point this week, which is week 24. That places the Miners in their timing band for an intermediate cycle low. A weekly swing low accompanied by a break above the declining weekly trend line would have us label week 24 as the ICL. And a break above the Multi Year Resistance level would indicate a resumption of the Miner bull market.