Oil appears to be in the process of emerging from its daily cycle low. 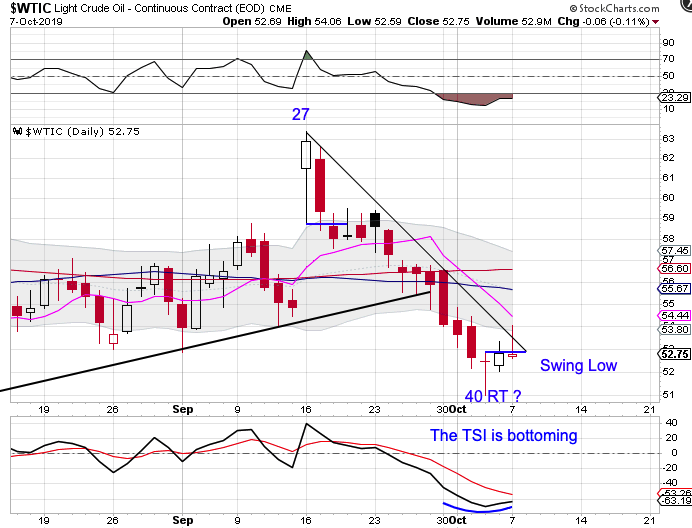 Oil printed its lowest point on Thursday, day 40, placing oil late in its timing band for a daily cycle low. Oil formed swing low on Friday then breached the declining trend line on Monday to signal a new daily cycle. 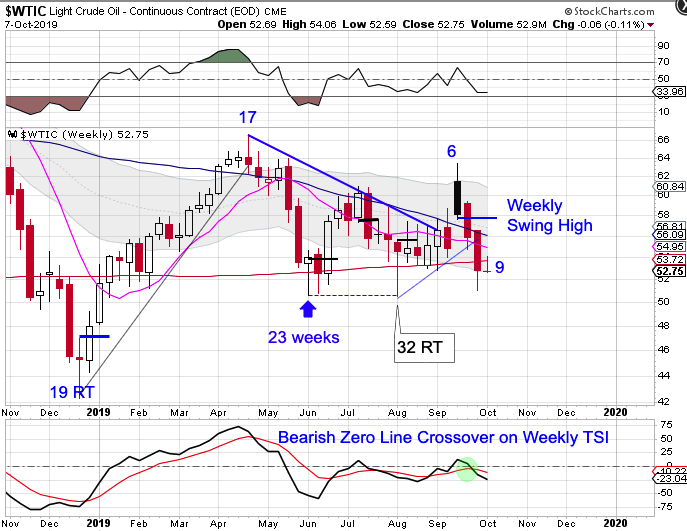 The weekly chart shows us that oil is currently below the 50 day MA, the 10 day MA and the 200 day MA. So even though oil appears to be beginning a new daily cycle, the peak on week 6 followed by closing below the triple resistance level indicates that oil has begun its intermediate cycle decline. This sets up an expectation for the new daily cycle to left translated so oil can continue its intermediate cycle decline. Currently, oil is in a weekly downtrend. Oil will remain in its weekly downtrend until it can close back above the upper weekly cycle band.